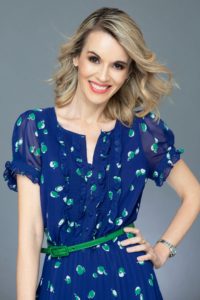 I’m a multi-award winning screenwriter from Melbourne, Australia and a permanent resident of the US. I lived Los Angeles for over 20 years and now reside in Maui, Hawaii. I’ve been a screenwriter for over ten years.

I grew up watching R-rated horror movies from the age of 5, but it was my love of comedy and drama that inspired me to become a screenwriter, especially the work of John Hughes, Nora Ephron and Nancy Meyers.

I studied Writing for Comedy and Writing for Television with RMIT (Royal Melbourne Institute of Technology) and undertook further screenwriting studies through NexTV Entertainment and Screen Craft in Los Angeles.

Vegan Vision Productions was the first film production company I started in 2009, which focused on web series and unscripted programs for TV.

I opened my second production company Sweetest Pit Bull Productions in 2015, which focuses on original female-centered comedies, by giving a strong voice to female characters.

Get in touch with me here